​At Midnight on the 31st of March

Jack Boggan (John) is a graduate of SUNY Purchase with a double major in Theatre and History. Some of his favorite performances include Hotspur (King Henry IV, Part I), Macbeth (Macbeth), Chauncey Oglethorpe (A Box of Monkeys) and Longshoe (Short Eyes). Jack previously worked with WPKN in War of the Worlds​ and Johnny Got His Gun and is incredibly honored to be a part of its mission to keep theatre thriving during this difficult time. Black Lives Matter.

Terrence Christgau (Gus Warder) a native New Yorker is an actor, director, acting coach and father of five. His work includes acting, directing, lighting design and stage management internationally in Scotland, Russia, Poland, Georgia and Romania as well as around the continental U.S. 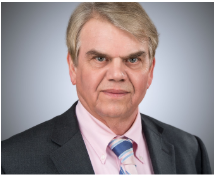 Scott Faubel (Abe) This is Scott's second radio play, having previously played the Brigadier General in War of the Worlds. He's been performing on stage in New York and Connecticut for some 40 years. Recent roles include Juror #3 in Twelve Angry Men with YCP TheatreWorks and Beverly Weston in August, Osage County with Axial Theatre Co. His performance as most of the female characters in The Complete Works of William Shakespeare, Abridged with M&M Productions was cut short by the coronavirus pandemic, so he's happy to be working again. 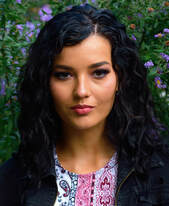 Rosie Garcia (May Warder) is thrilled to be back working with this team after being Announcer 2 in War of the Worlds and Kareen in Johnny Got His Gun. As a current student at the Boston Conservatory at Berklee, she is no stranger to the stage, but telling stories with just the voice has been extremely fulfilling. Recent credits include Christmas on Uranus, a comedic musical in which she choreographed and performed. A big thanks to Bob and Kate for organizing this fun and important piece.

Kate Greenberg (Ellen, Associate Producer) is excited to continue the role of associate producer for Second Saturday Magazine’s series of radio plays. She also enjoys lending her voice to the projects. Kate worked with Bob on the American premier of Lofty Larceny, for which she was an actor, the stage manager, and the script editor. She graduated from Skidmore College in 2019 with a major in Education Studies and a minor in Theater.

Josh Karen (George) has had the opportunity to act in many forms, but this is only his second radio drama. He previously appeared in Johnny Got His Gun. Josh is very proud and excited to have this experience. He’d like to thank Bob, Kate, and the incredibly talented cast and is glad to bring people a distraction during this tough time. 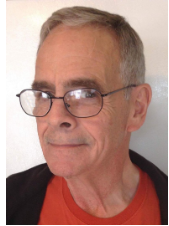 Harry Minot (Narrator) started out at WLAD Radio in Danbury, CT at age 16. At 19 he began working as a Producer at Compton Advertising in NYC. At 25 he became General Manager of WPKN Radio in Bridgeport, CT, continuing for almost 30 years in a tenure which included that station’s transition to independence from its educational licensee. He has worked as a Customer Service Representative at a call center and as a Security Officer. He hosts a monthly WPKN program on the 4th Wednesdays from 4 to 6:50pm and also records voice acting projects from his soundproof announcer booth. https://www.voices.com/actors/HarryMinot/demos 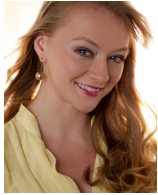 Jessica Puentevella (Bertha) has an extensive background in dance and acting. She danced at the Edinburgh Festival with Cumberland Ballet, age 11; at City Centre with Ft. Worth Ballet in Cinderella. Dance Awards: Van Lier Grant at Martha Graham School of Dance, Dominique DiPaolo and Faculty recognition from University of the Arts; Acting: 3-time Jean Dalrymple award winner; Directing: a Princess Grace nomination and a Jean Dalrymple Award. She was a dance stand-in for Bryce Dallas Howard, and assisted in off-camera historical-dance coaching working with Sigourney Weaver, Cherry Jones, Bryce Dallas Howard and William Hurt for M. Night Shyamalan's The Village. She was the founding Board President of Ripple Effect Artists and holds the title of Development Director. 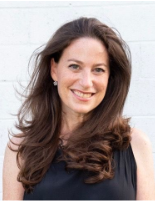 Erika Radin (Edie) co-wrote, co-directed and performs in a 3-woman musical comedy about motherhood called Mom’s The Word. She has a Master's degree in Educational Theatre from NYU and has been a drama teacher and director for over 20 years, working with adults and children. In addition, she is the lead singer of the local rock band, The Del Bocas, in Westchester. She is grateful to Bob and the whole War of the Worlds team for this terrific opportunity to turn quarantine lemons into artistically creative lemonade. 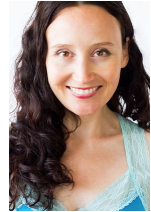 Mary Sheridan (Ma Warder) is the recipient of the 2016 Best Supporting Actress Award for the Planet Connections Theatre Festivity. Her favorite NYC theatres to work at include: NPTC, The Culture Project, Urban Stages, New York Theatre Workshop & Theatre Row. Her past favorite roles include: Maxine in Tongue of a Bird, Alma in Summer and Smoke, Savage in Savage in Limbo, Ophelia in Hamlet and Ann in All My Sons. Mary has done several short films with J. Boyett (www.jboyett.net), is currently working on a cabaret show and is a Yale University graduate. www.marysheridan.net 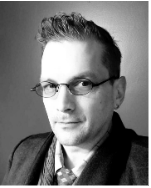 Nils Swanson (Earl) is originally from Denver, CO but moved to Cortlandt Manor three years ago with his wife Amy. Nils has worked in Theater for the last 30 years and is the Creator and Artistic Director of the newest theater in Peekskill, NY - FORALL Theater (www.foralltheater.com). FORALL Theater, though closed temporarily, is planning to continue this fall with it's first full season.

Stephanie Taylor (Reverend) is a Texas transplant. After a childhood of musical theatre, she's gone on to work with regional theaters coast to coast. Internationally, she's performed and taught Shakespeare in Italy and is the Head of Drama at The Main Idea in Maine. She has her BFA from NYU under the thumb of Stella Adler. Pre-covid she was in tech for Amanda Wingfield in The Glass Menagerie at Teatro LaTea... Here's hoping we can open in the fall! She previously played the Secretary in War of the Worlds and is thrilled to be a part of this project... ALL HAIL RADIO! 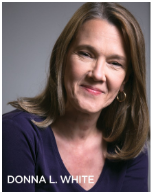