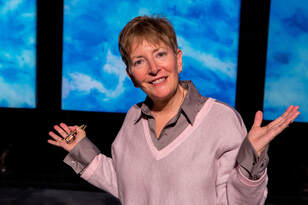 Janice L. Goldberg (Director/Co-author) is a Kennedy Center Gold Medallion Award recipient for her work with new plays. She has directed over 80 new works from the Gym at Judson to Theatre Row, NYU to LIU, and Okoboji, IA to the Redwoods. Recent Off-Broadway: I of the Storm - “a spectacular show”…Broadway World;  June Ballinger’s Remembrance Day; “executed with glorious finesse”...NYTheatre Guide. Janice served as Producing Artistic Co-Director of ANDTheatre Company in NYC, is a member of SDC, Dramatist’s Guild, New Circle Theatre Company and a faculty member of the Dramatists Guild Institute. www.JaniceLGoldberg.com 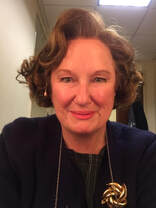 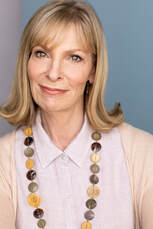 Laura Gardner (Rose) is thrilled to play Rose in this beautiful play. She has appeared on and off Broadway, on national tours, at major regional theatres, and on TV and film. She has taught her Authenticity Workshops in the states and internationally and was on the faculty of the Howard Fine Acting Studio in LA and Australia for 19 years. Her father was one of the first Jewish soldiers to liberate Dachau.
​www.lauragardner.org 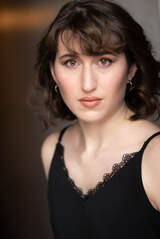 Story Moosa (Peg) is an actress currently based in Louisiana. She graduated in 2018 from Marshall University with her BFA and from Long Island University Post in 2020 with her MFA. For more information or to contact, please visit storymoosa.com. Thank you to Janice, the cast, and those at Ripple Effect Artists for making this production happen! 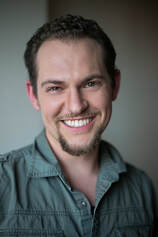 Karl Custer (Sound Engineer) was a playwright, puppeteer, podcast producer, and any other creative P-word that led to engineering and mixing the sound effects you heard. He ruined two pairs of shoes recording Lady and Rose's footsteps, and is hoping his spouse never reads this bio profile. A Graduate of Purchase College's Dramatic Writing BFA Program, he toured nationally for ten years as a nerd-specific stand-up comedian, emceeing and hosting events about comic books, video games, anime and even burlesque. 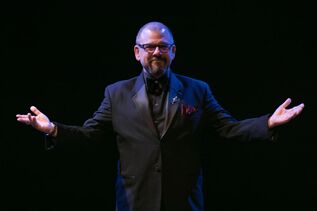 Jay Michaels (Stage Manager) is a marketing/public relations executive, stage and film producer, entrepreneur and educator. He has been part of the indie theater & film scene since 1985. In 1997, he took the knowledge he acquired as a casting director for New York Daily news commercials; a tour manager for Broadway productions of Les Miserables, Cats, Edwin Drood, and Oliver; a new TV business associate for KSL Media (NY/LA) and production associate for PBS; and founded the boutique PR firm that now bears his name. Jay Michaels Arts & Entertainment creates visibility for self-producing stage artists and production companies on the East and West coasts, in multiple film arenas, as well as authors. Jay is also a professor of communications at Kingsborough College, and continues to appear as a guest speaker throughout the tri-state area at universities and arts organizations. www.jaymichaelsarts.com